The boys room, on the other hand, had paper.  And lots of it!  Some of it was peeling off already, so it made it a little easier to peel the rest of the paper off.﻿ 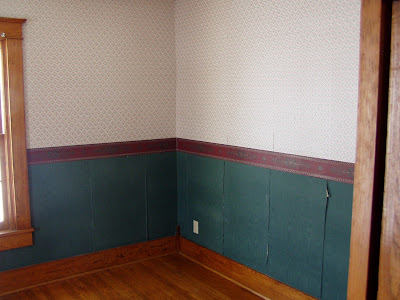 And one of the seven radiators that were bad needed to be dismantled and removed as well. 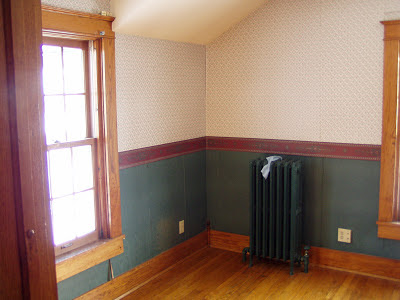 The room now definitely has a young man feel to it!  Guns on the wall, bones and animal parts, and live rats.  Yes.  Live rats!  Both Asher and Maine raise RATS! 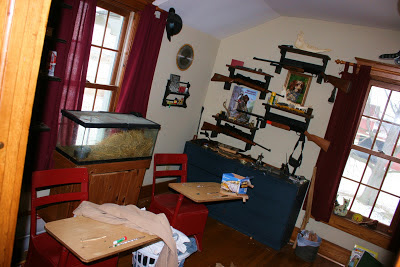 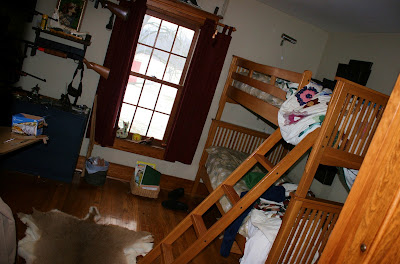 Asher purchased a couple of box traps last year, so he used the black and white picture from the package to make some wood picture boards from them.  After he glued the image to the board, he scroll cut them out.  Currently he has a racoon, squirrel, and a pheasant one. 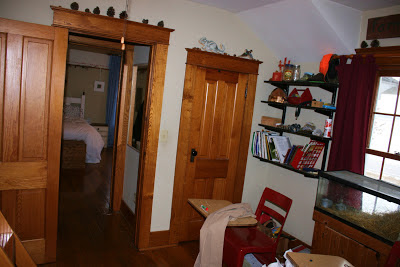 something to think about...